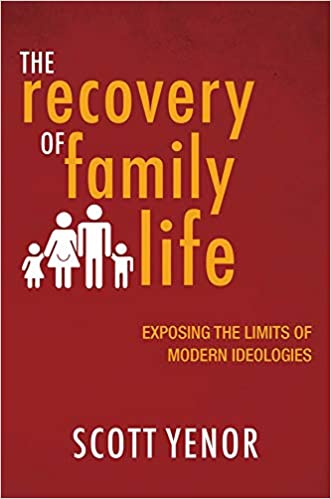 The Recovery of Family Life: Exposing the Limits of Modern Ideologies

“You will not agree with everything in this book. And that’s one reason to read it. Scott Yenor is provocative in the best sense, and  The Recovery of Family Life will force you to think critically and deeply. Modern sexual and familial practices have come at a cost. Yenor is willing to consider those costs, identify the underlying ideologies supporting modern practices, and propose a better way forward.”

Ryan T. Anderson, PhD, author of  When Harry Became Sally: Responding to the Transgender Moment and Truth Overruled: The Future of Marriage and Religious Freedom

The Sexual Revolution, which has been underway since the 1950s, is a rolling revolution―a set of unfinishable ambitions, all affecting marriage and family life. Feminists want to “liberate” women from childrearing as well as the home and build a world “beyond gender”; progressives aspire to build a society where human beings can choose their natures; and sexual liberation theorists would take human beings “beyond repression.” These ideologies have sunk deeply into our culture and our political regime. It is well past time to ask the uncomfortable questions about whether these ideologies betray human nature and undermine human happiness.

​The Recovery of Family Life defends marriage and family life while exposing the limits and blind spots in these powerful revolutionary ideologies. After suggesting a general framework within which to understand the ends and means of family policy, Scott Yenor explores what a liberal society should seek to accomplish in marriage and family policy. The framework is applied to some of today’s most important public policy debates on such controversial topics as gay rights, pornography, population decline, women’s equality, rape law, the age of consent, and welfare state politics.
​
Those advocating for the rolling revolution often point toward necessary reforms, but they offer an incomplete picture of human flourishing. In an attempt to recover a healthier vision of life, Yenor asks that those already resisting the rolling revolution evaluate their own assumptions and aims anew: advocates on both sides of the partisan aisle stand at risk of operating with truncated narratives. Public policy can be an important tool to help the resistance, but only if informed by a deeper vision in which marriage and family fit into the broader political regime.  The Recovery of Family Life combines a focus on first principles with practical advice for lawmakers about how to undo the damage our policies have done.