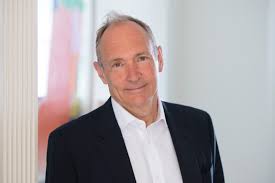 The Supreme Court mostly ruled out censorship of pornography between the 1950s and early 1970s as skin magazines, seedy video stores, and racy novels began to proliferate in mainstream public life. Then along came internet pornography, which the Court also blessed with First Amendment protection in ACLU v. Reno (1997).

More and more every year, if we are willing to look. The most prominent arguments for deregulating pornography came from liberals who demanded a nonjudgmental framework of rights for all. Liberal arguments have been exposed as window dressing for the deeper defenses of pornography from sexual liberationists. Sexual liberationists thought tender monogamous relations were repressive, whereas (they hoped) emancipating sexual diversity and perversity would foster human happiness and freedom.

While their arguments were not totally contradicted by events, liberationists told pernicious half-truths and their reforms yielded inhuman results.

Conservatives, meanwhile, are befuddled. Their arguments in support of regulation seem overwrought, if not hysterical. Conservatives must retool in the face of decades of defeat.

Lessons from the First Censorship Debate

According to liberals, therefore, laws cannot restrict “free expression” unless expression causes “social harms.” William B. Lockhart and Robert C. McClure, two influential University of Minnesota Law professors, supplied the standards for proving social harm under the liberal dispensation in a series of articles during the ’50s. Harms, they argued, must be (a) significant, (b) permanent, and (c) primarily traceable to obscene works in order for those works to be legitimate objects of censorship.

Conservatives defended censorship in the 1950s on this liberal turf and, predictably, they lost. Proponents of censorship like the National Council of Juvenile Court Judges (1954) asserted that pornography caused criminality, “juvenile delinquency” and “acts of violence” including armed robbery, rape, and torture. Scholars such as Fred Wertham in Seduction of the Innocent (1954) asserted the connection between obscene reading material and juvenile crime.

In his famous report on the subject, J. Edgar Hoover affirmed that “we know an overwhelmingly large number of sex crimes are associated with pornography.” Congress established committees during the late 1950s, headed by Democratic Representative Kathryn Granahan in the House of Representatives and Democrat Estes Kefauver in the Senate, to establish the connection between pornographic novels and violent crime. Later, in the 1980s, Attorney General Edwin Meese, author of the last great public effort to take hard-core pornography seriously, issued a report much to the same effect.

Honor must be afforded to these efforts. Concerned to establish that pornography causes social harms which justify regulating it on liberal grounds, conservatives wrongly claimed that pornography directly caused a host of violent crimes. They were laughed out of court until they didn’t even bother trying.

Berns and Clor did not win the day. Why? “Self-control” serves some good—and marriage itself was under not a little assault from feminism and sexual liberation theories, among other places. These conservatives thought in terms of “the conditions of freedom”—that is, the social conditions necessary to secure rationality and self-control in a free society. They knew that people had to be rational enough to choose intelligently, but generally they left it up to the people to choose how to live, without prescribing religion or comprehensive good. This respectable, more robust liberalism still mimics the thinner one in subordinating or ignoring the question of what a healthy public teaching on sexuality is and how to enforce it.

Censorship means that some restrictions on freedom serve the interests of happiness and are inseparable from virtue to some extent. These restrictions, based on self-interest rightly understood, expand the vision and interests of democratic citizens—get them to see longer and deeper into their being. Perhaps such an effort cannot succeed without an end like religious faith or marital bliss supported in public opinion.

Lessons from the Internet Era

Pascal-Emmanuel Gobry’s recent review article documents these findings. Internet pornography is much more addictive than any previous kind because greater novelty and perversity are always just a click away. This addiction, which as many as half of men suffer from, damages men’s sexuality, their relationships, and the social fabric of which they are a crucial part. Men become less interested in sex with real people (Gobry cites studies showing that erectile dysfunction among men under 40 nears 40%).

As a result, Gobry sees internet pornography as “the new smoking” and “the number one public health challenge in the West today.” Will this smoking gun yield regulation of pornography? Are these deleterious effects, using the formulation from the 1950s which still guides American law, (a) significant, (b) permanent, and (c) primarily traceable to internet pornography? What percent of men would be significant? What does it mean to be primarily traceable? This formulation demands that censors perform impossible feats of scientific jujitsu to restrict a First Amendment freedom. This is the turf conservatives lost the censorship battle on in the 1950s and 1960s. Fighting on that turf is a sure-fire loser.

It is a good sign that we persist in opposing child pornography. Liberationists wanted children to participate in and consume pornography. So Wilhem Reich, author of The Sexual Revolution(1936): “The other ‘morality’ which we reject (abstinence for children and adolescents…etc.) is itself pathological and causes the very chaos it feels called upon to master.” That sentiment was shared among liberationists from Marcuse to the Kronhausens. We consider Reich deranged because children are impressionable and because they might be compromised through repeated exposure. We wish to preserve their innocence for a term. Perhaps, for the same reason, we can be concerned about how porn corrupts adults and especially men.

A political market exists to connect the decadence of pornography with the great populist movements afoot throughout the West because the issue concerns how freedom and happiness diverge. People may find pornography exciting, but they do not at the same time find it satisfying. That is the opening.

This article originally appeared at americanmind.org. You can read it here:https://americanmind.org/features/obscenity-blindness/sexual-suicide-again/